The following fields are available for configuring data binding on a Cartesian Chart :

These fields must be aggregated : you must choose an aggregation function (SUM, AVG, …)
At least one field must be bound.

*Some Chart Types require more than one field to define a point.
For example the Range Area requires to define one field for each side of the area : Low and High.

When binding multiple fields at the same time, each field will generate a separate Series.

This way, each Series can have its own graphical properties, its own Y axis, etc… and even different Chart Types.
To change the order of fields, see the corresponding chapter.

*Note :
This only works if your series are already into separate data fields. For example, with a Historian Wide Query.
If you want to create series based on different values/names from a single data field, see below the “Split into the same chart” configuration. 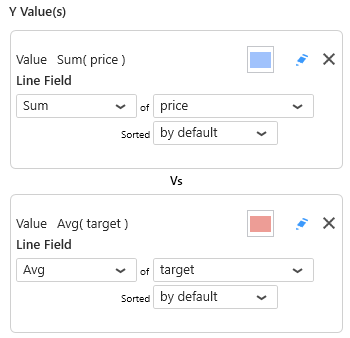 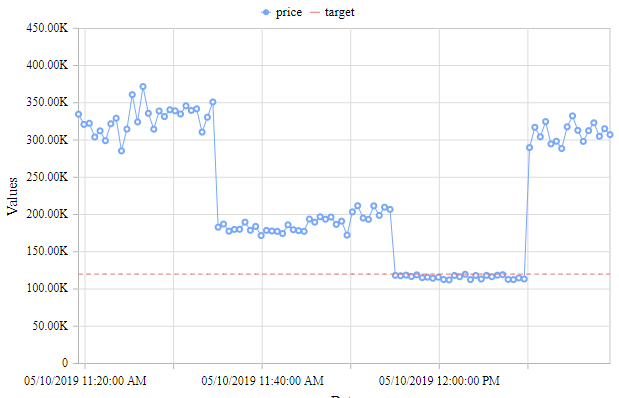 This represents the category we want to use to separate data points.

These fields cannot be aggregated : they must have several separate values in order to group the “Values” aggregation.
At least one field must be bound.

With fields called “continent”, “country”, and “Date”, the following configuration will configure the corresponding drill-down : 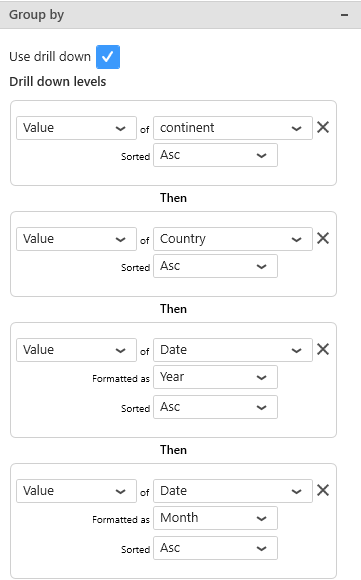 First, the data will be grouped by “continent” : When the user clicks a continent (example : Asia), the Chart is drilled-down to the next level : the Countries of Asia : 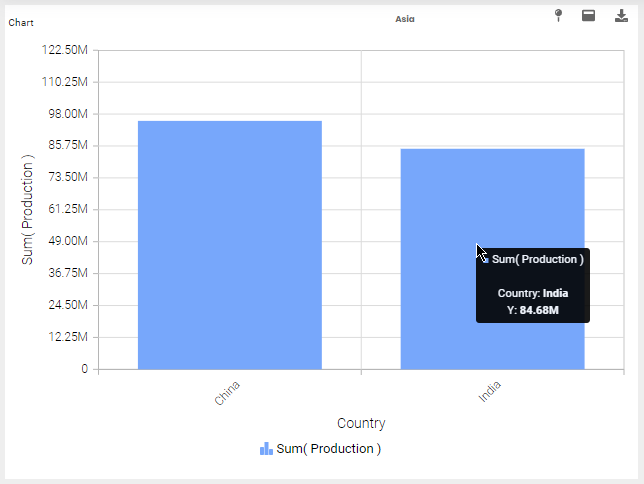 Next, when the user clicks a Country (example : India), the Chart is drilled-down to the next level : the Years of India : Meanwhile, the Drill-Down navigation at the top shows the value of the current level.
When clicking it, you can drill back up to any level, or directly to the top by selecting Close : 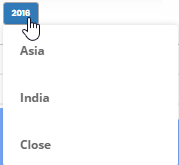 Group by : Split into the same chart

This represents the series field to generate a different chart series for each different value in this Split into the same chart field.

This field is optional.
It can be combined with Split into many charts.

*Note :
This only works if your series are values into a single data field. For example, with a Historian Narrow Query.
If you want to create series based on separate data fields, see above the “multiple Series” configuration.

If you have Historian Narrow Query with a field called “TagName”, you may want to plot a separate Line chart for each value of TagName : Group by : Split into many charts

This represents the series field to generate a different contained Chart for each different value in this Split into many charts field.

This field is optional.
It can be combined with Split into the same chart.

*Note : This only works if your series are values into a single data field.

If you have a field called “continent”, you may want to plot a completely separate chart for each value of continent :