The following fields are available for configuring data binding on a Proportion Chart : 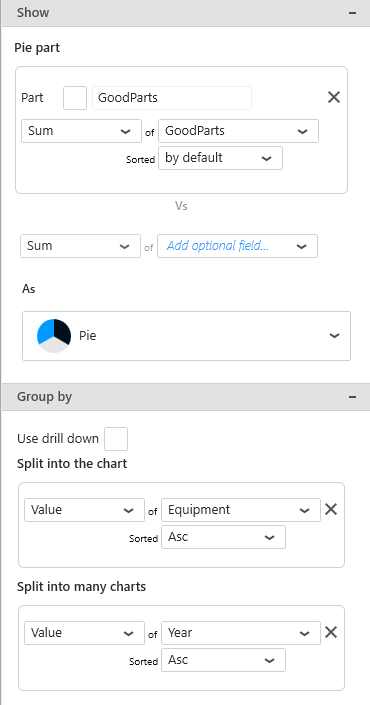 This represents the quantity we want to display on the Proportion Chart, and will bind to the size of the portion (pie slice, doughnut slice, etc).
These fields must be aggregated : you must choose an aggregation function (SUM, AVG, …)

At least one Part field must be configured, but it’s also possible to configure several.
When a single Part field is used, the portions are separated by the values in the Split into the chart fields (see below).

When binding multiple Part fields at the same time, 2 behaviors are possible :

If there is no Split into the chart field, each Value field will generate a portion : 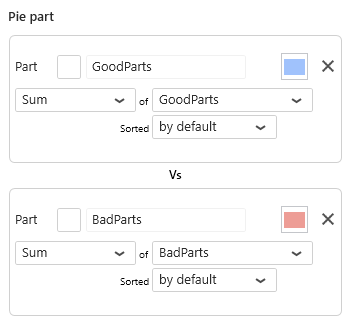 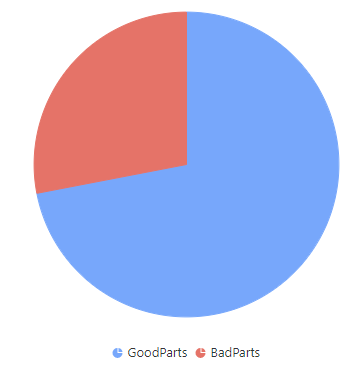 Multiple Part fields with Split into the chart : multiple series

If a Split into the chart field is bound, each Part field will generate a separate Proportion Chart : 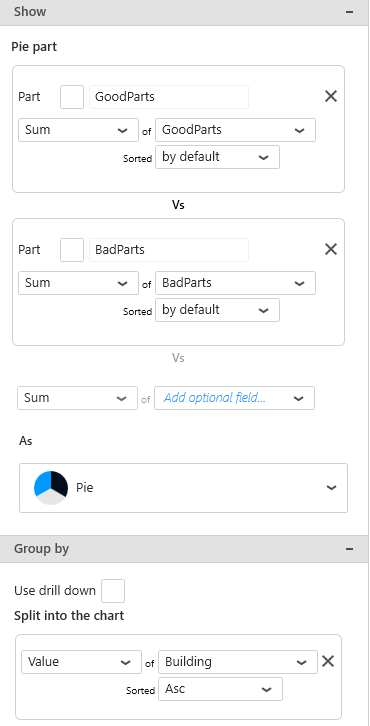 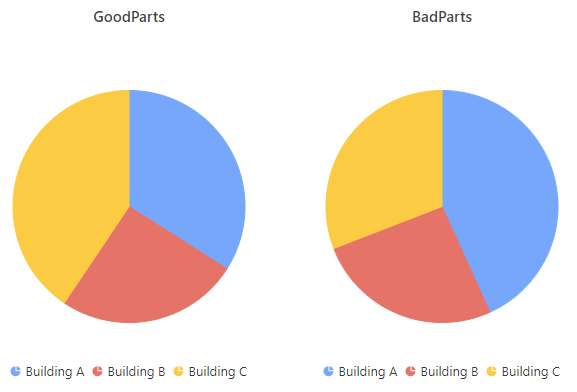 Split into the chart

This represents the category we want to use to dynamically separate portions on the Pie/Doughnut/etc.

These fields cannot be aggregated : they must have several separate values in order to group the “Values” aggregation. 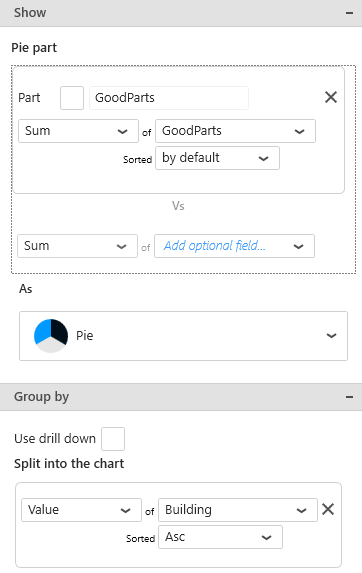 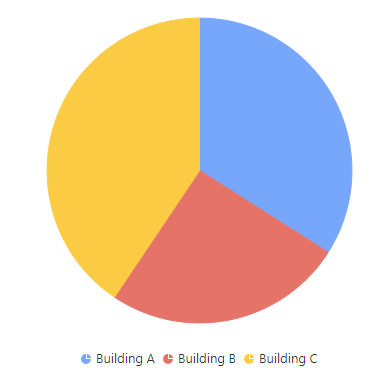 Example : With fields called “Building” and “Equipment”, the following configuration will configure the corresponding drill-down : 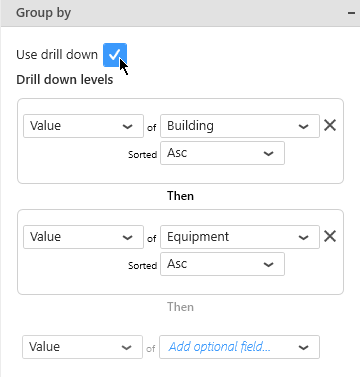 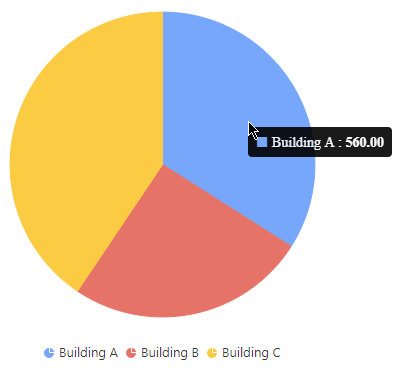 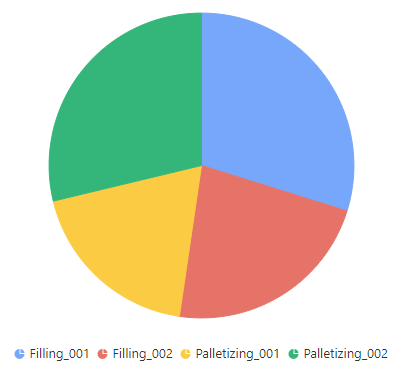 Split into many charts

This represents the series field to generate a different contained Proportion Chart for each different value in this Split into many charts field.

Example : Your GoodParts are compared by Building. If you have a field called “Year”, you may want to plot a completely separate chart for each value of Year : 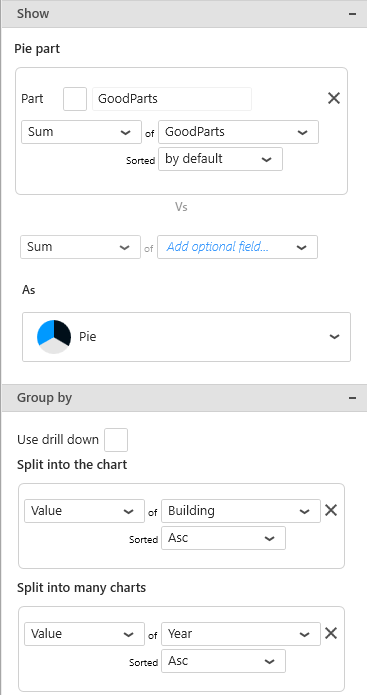 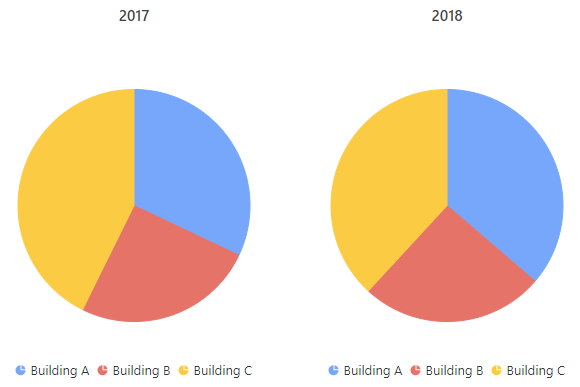 Split into many charts Series with multiple Parts as portions

Example : Your GoodParts are displayed versus the BadParts. If you have a field called “Building”, you may want to plot a completely separate chart for each value of Building :

All three types of fields can also be configured together : each Part field will generate a separate chart for each separate value of the Split into many charts field, and the portions will be defined by the Split into the chart field. 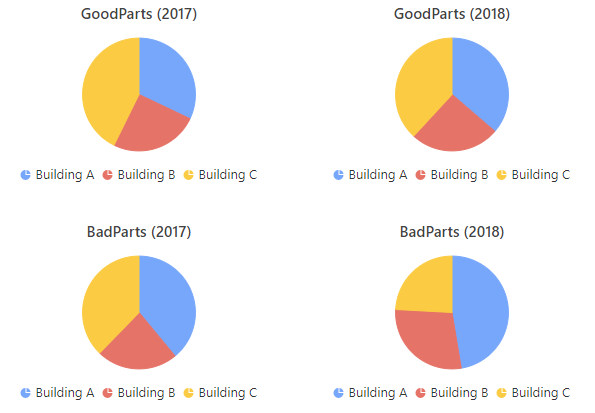 Split into many charts Series with synchronized Drill-Down

If Drill-Down is configured, it becomes synchronized between each chart in the series.