The following field containers are available for configuring data binding on a Grid : 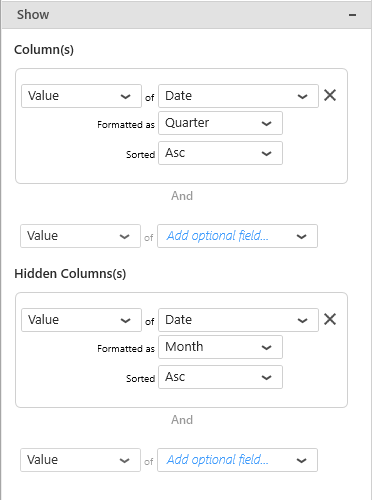 Any number of fields of any type can be added as Grid Columns.

The order in the Columns container defines the order of Grid columns from left to right.

Each field groups all the other fields on the right of it.
Changing the order of fields is documented here. 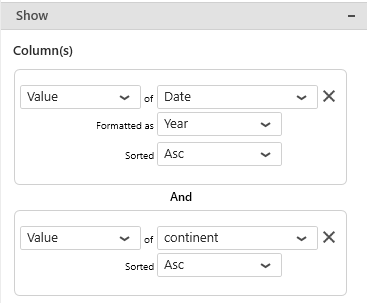 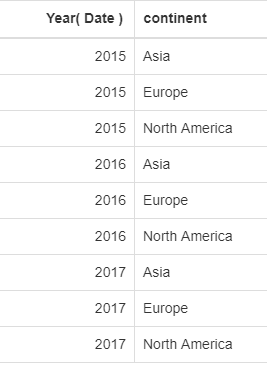 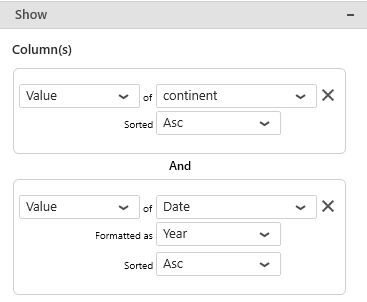 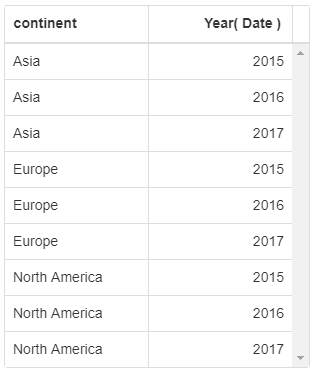 Optionally, any number of fields of any type can be added as Hidden Columns.

*Hints :
This can be useful for setting up conditional formatting based on calculations that the user doesn’t need to see.
This can also be useful for grouping fields by a field where the values don’t have to be shown to the user. 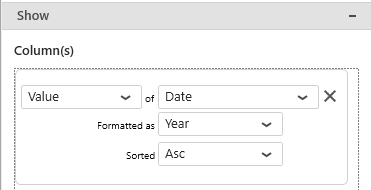 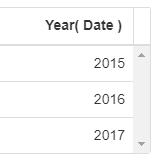 When configuring additionally a hidden field Continent which has 3 distinct values : 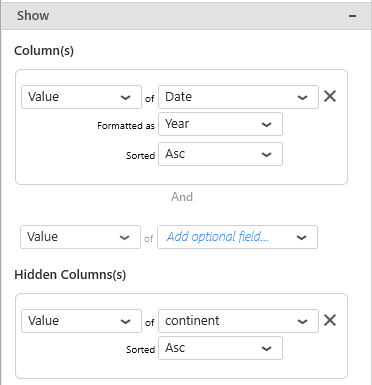 … each Year will appear 3 times : once for each value in Continent :